Greek naval operations in the Adriatic

Staff member
Greek naval operations against the Italian shipping between Italy and Albania were rare during the Italo-Greek war. The Greek Navy had to protect troopships and convoys bringing supplies to Greece from attacks by Italian naval forces in the Aegean Sea. The Greek Navy operated out of the Salamis Naval base requiring that they stage into the Adriatic to operate against the Italian convoys. Weather was generally poor and the Greeks lacked any realtime intelligence on Italian shipping due to Italian air superiority. Hence their destroyers were only occasionally released for offensive operations. Italian sources don't list any losses due to surface action.

13-15 Nov - Vasilissa Olga, Vasilefs Georgios, Psara, Hydra, and Koundouriotis (the last damaged her propellers in the Corinth Canal and had to turn back) did a sweep but no contact.

14-16 Dec - Psara, Spetsai (turned back due to boiler issues), and Koundouriotis did a sweep off Vlore. No contact.

As mentioned above, the ships operated out of the Salamis Naval Base. The destroyers would leave harbor in the afternoon so they could traverse the Corinth Canal at night. Tugs would tow/guide the destroyers through the narrow canal which would take several hours against the adverse current. The Gulf of Corinth had multiple minefields that the ships needed to navigate through. The ships would then disperse and hold up in various small anchorages during the day to avoid air attack. Then before dark, they would reassemble and sortie northward. Usually by 0200-0300 they would reverse course and dash back to the Gulf of Corinth at high speed and back to Salamis.

Four of these vessels were Freccia class, built in Italy in the early 30s. Hydra, Spetsai, Psara and Kountouriotis (class).

The Greeks had figured out a thing or two about one of the key weaknesses in Italian ship design.

Evening all.
With reference to the above I have looked at Marc Antonio Bragadin‘s excellent book, The Italian Navy in World War Two. A quick perusal reveals that he devotes only two pages to the Regia Marina’s operations against Greece. This confirms what you say Jeff that there was not a lot of combat between the respective navies. He states the main incidents were from the Italian view were:
1) The sinking of the destroyer escort Andromeda and hospital ship Po by allied aircraft.
2) The sinking of the merchant ship Sardegna by the Greek submarine which was in turn sunk by the destroyer escort Antare.
It would appear that the most of the Regia Marina’s operations involved convoy escorts
Regards,
Bob
F

Carr's book is fairly disappointing in the naval part. He takes Greek claims at face value, such as crediting them the sinking of vessels they did not sink or that never existed at all. All of which could have been easily avoided by just bothering to take a passing look at some basic Italian sources, such as "Navi mercantili perdute".

Yes, there are some issues, but it is currently the only work in English that really touches on the topic.The navy isn't Carr's main interest, so only gets a small chapter. Note he doesn't list any Italian sources.

Your comment finally got me to look at the submarining operations, something I had planned to do at some point in time. This is comparing Carr to La difesa del traffico con l'Abania, la Grecia, e l'Egeo.

That's right. It would have been so easy, for instance, to check the real fate of Liguria (disabled by torpedo bombers in Tobruk in July 1940, scuttled in Jan 41) and Lombardia (sunk by Allied air raid in Naples in 1943) - even an Internet search would have sufficed, literally five minutes - that I find quite irritating that the author did not even try and chose to simply repeat Greek claims. The reality is that the small Greek navy was unable to make any serious impact on the sending of supplies from Italy to Albania; whereas by reading that part of the book you'd get a wholly different take.

The capture of Antonietta (a small sailing vessel) did happen.

The "tanker" sunk by Katsonis was actually the small coastal steamer Quinto, mistaken by Katsonis for a tanker due to her appearance.

Proteus sank Sardegna (and was sunk in turn by TB Antares) but no destroyer.

I'll have to look into the ship supposedly sunk by Nereus when I get back home.
Last edited: Oct 13, 2021

Excellent. Are you only using Navi mercantili perdute or do you have other sources. I would like to update the information in my post above.

I finally found Antonietta on the web after changing my search parameters. She and Quinto are not listed in Difesa. If Carr had used Difesa, he would have believed these ships weren't sunk.

Carr's account isn't that badly off after all. Yes, he could have done a bit more research but the navy wasn't his focus. It would depend on how much digging he wanted to do.

I am using "Navi mercantili perdute", albeit other sources exist, for instance www.wrecksite.eu will give you information about a vessel's fate if you type in their name.

I checked for 23 February and there is no ship sunk on that date (nor in the previous or following days, anywhere near the Adriatic and Ionian seas), therefore the claim of a sinking by Nereus on that date is also wrong.

Con la pelle appesa a un Chiodo is my go-to source for detail. Here's the entry for Quinto: 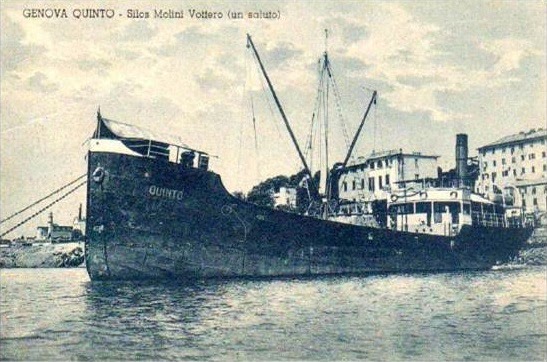 Staff member
I have updated my post above with the new information.

Con la Pelle Appesa a un Chiodo to the rescue: 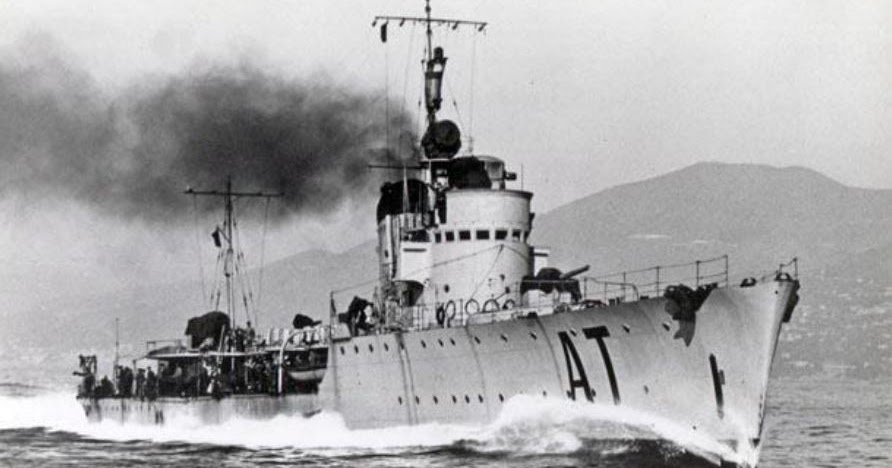 Nereus did sink Fiume in October 1942.

Okay an attack but no sinking.