Italian Merchants, I don't suppose there is what might pass for a comprehensive list of these ships some place for the war years ?

I Mean a List of the there names, capacity's, Fate, Type of fuel exc...

There are a lot of sights that seam to offer a slice of the picture, and finding a general outline is also easy: 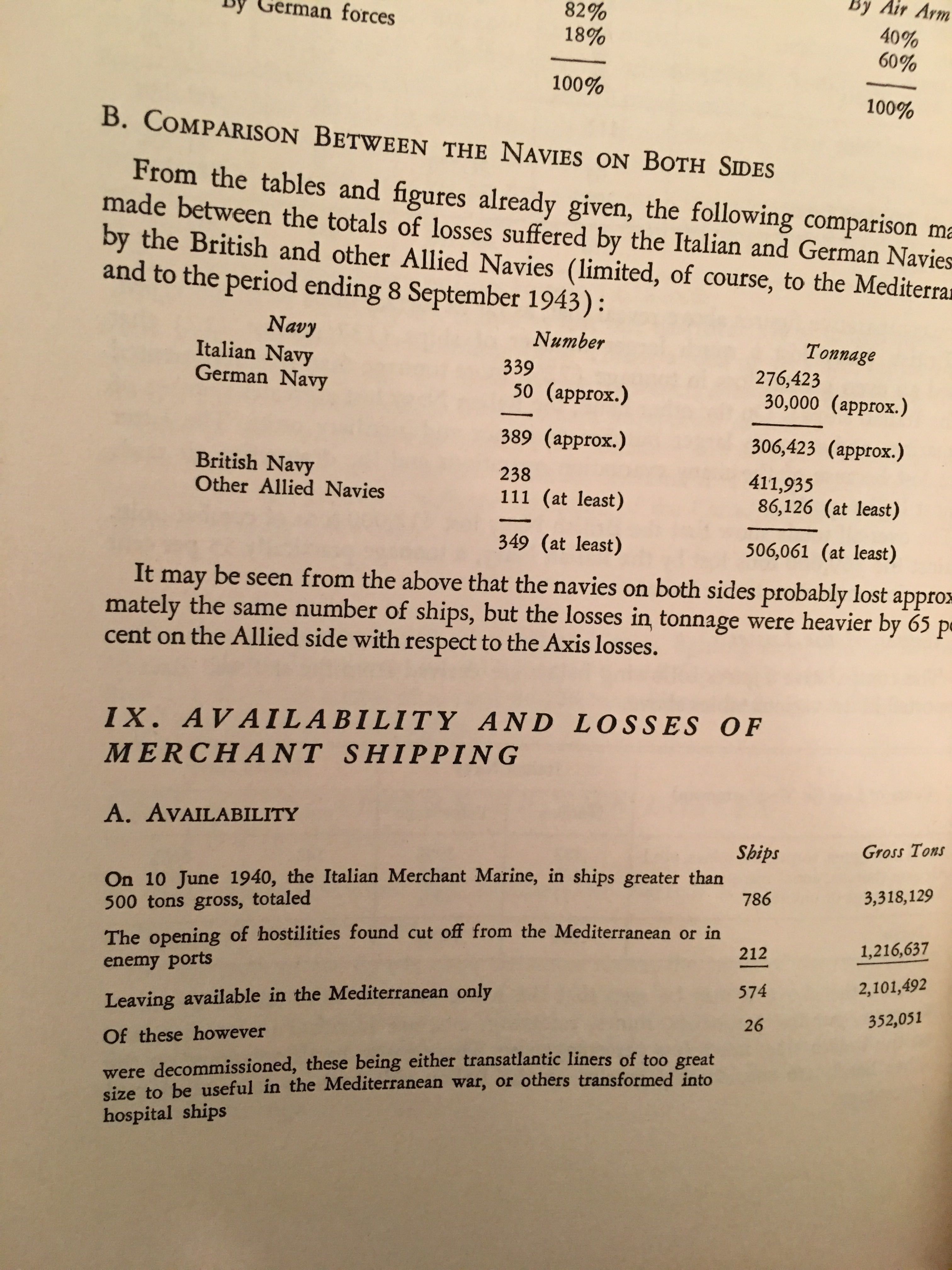 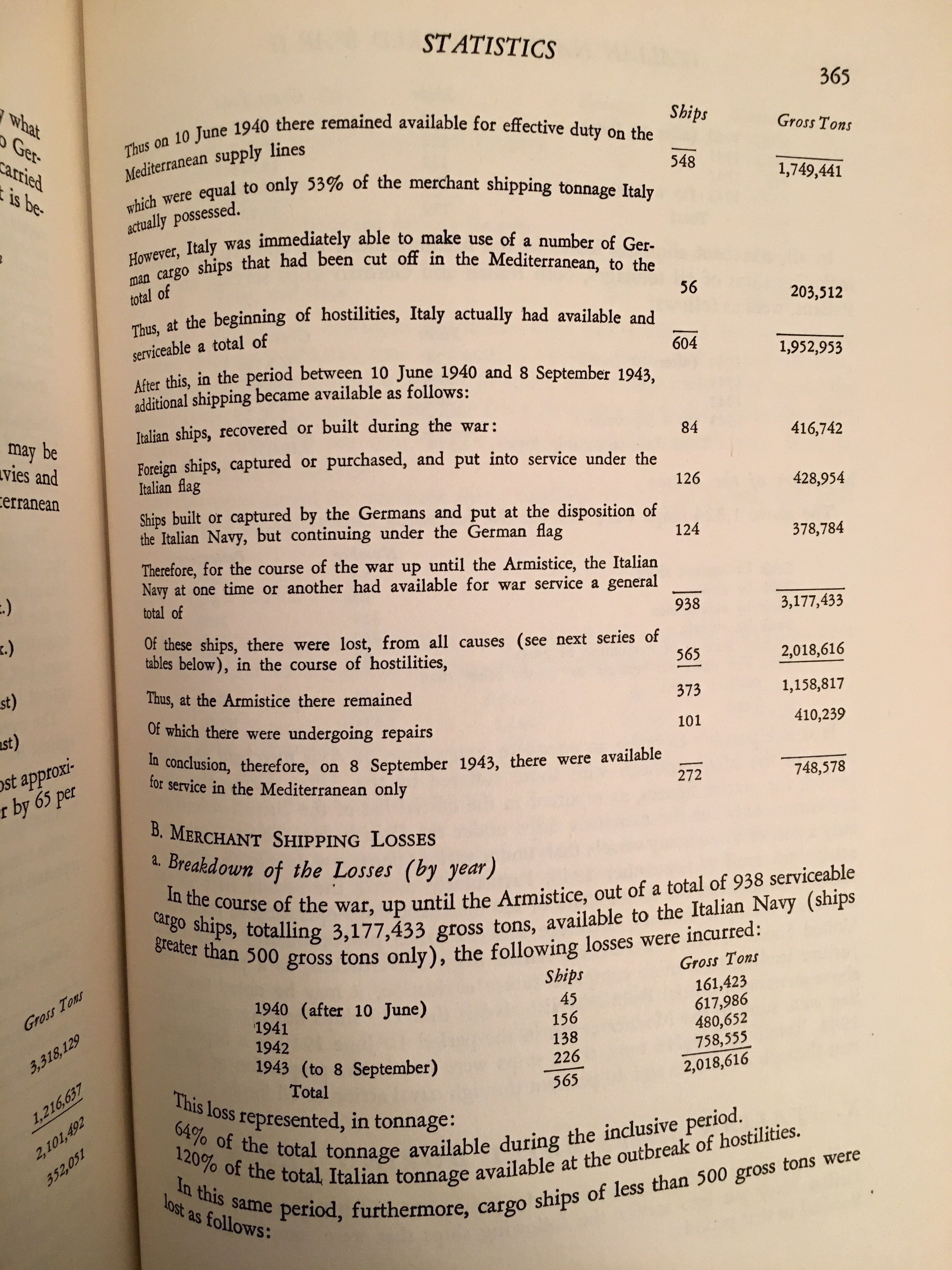 The Crusader Projects has some lists of naval & merchant losses compiled from Urmel, folks here, and others from the axis history forum:

Italian Merchants, I don't suppose there is what might pass for a comprehensive list of these ships some place for the war years ?
Click to expand...

I am not aware of such a list. The best source would the naval official histories (USMM). There are four volumes covering convoy operations (volumes VI-IX). The allegati have tables of each ship sailing and fate. There isn't a list of all available merchants ships.
PISTA!
battaglione sciatori alpini « MONTE CERVINO » (reenacted)
9˚ reggimento bersaglieri (reenacted)
5th Greek Infantry Regiment (reenacted)

Given Bragadin's data, posted by Brady, I would like to underline a matter that scores of people interested in Italy in WW2 have been misunderstanding for decades. Not only amatuers, but even historians. I am referring to the loss of merchant ships upon the Italian declaration of war on UK and France on 10 June 1940. The usual complaint is that about a third of the Italian merchant marine was lost due to the usual [insert insult here] (of course, the fact that Germany lost a half of its merchant marine in the same way is conveniently forgotten). The matter of fact is that the Commissione Interministeriale per lo Studio dei Rifornimenti in Guerra had already expected this loss since its first report in 1931, due to the obvious fact that an order to return to the Mediterranean would have alarmed the enemy, who would have seized the ships upon their passage through Gibraltar or Suez.
The last report which touched this matter was written in January 1940; it expected that 235 ships, for a total of 1,238,053 grt, would have been lost outside the Mediterranean upon he declaration of war. In reality, as reported by Bragadin's pages posted by Brady, they were 212 for a total of 1,216,637 grt, with a tiny difference from the pre-war estimates.
Tout comprendre, c’est tout pardonner.
You must log in or register to reply here.
Share:
Facebook Twitter Reddit Pinterest Tumblr WhatsApp Email Share Link
Top