Here is the English translation of I violatori di blocco. It will give you an idea of what the book offers before you buy. 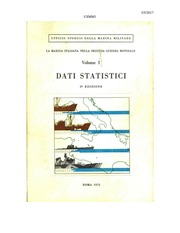 My notes and Translations for the 24 VolumeOfficial History of the Italian Navy in WW2These file include the complete series from Volumes 1 to22Note some...
archive.org

RE: Parà. I believe those magazines are a serialized version of Parà by Nino Arena and Edoardo Sala. The magazines were bound into a book in 1968.

Marek, In relation to the blockade runners sailing from Bordeaux to the Far East, look at the main Comando Supremo website. Giulio has written a short piece on them.
Just starting Starting the Battle of the Alps book! Regards, Bob

A word from me: The part on submarines is a completed and illustrated version of the Polish edition, which was warmly welcomed in my country. I am much less satisfied with the chapter on blockade runners, as I relied heavily on the Italian Wikipedia (but of course I completed the text there with some information). But I was very keen to add this chapter, so that was the decision I made (the Wikipedia articles were really good). I think the book as a whole should not disappoint anyone.

This book describes the operations of a group of Italian submarines that took part in the Atlantic conflict during the World War Two. A total of 32 submarines flying the tricolour flag of the Regia Marina passed through the Betasom base, located at the French port of Bordeaux. Almost two hundred of their combat patrols are presented in detail, all victories and defeats being discussed. The work also covers the story of the base itself, the doctrine of Italian submarines, biographies of commanders, submarines and other factors influencing successes and failures. The Italians commenced their operations in the Atlantic badly, due to a lack of previous experience they turned out to be unprepared for the actions that awaited them, but with stubbornness and hard work, they managed to transform their Atlantic contingent into a very effective fighting machine. Thanks in large part due to the efforts of Betasom’s personnel, the Italian Navy can be proud of being the sixth most effective submarine fleet in the history of this type of weapon. A separate chapter presents the history of the Italian blockade runners, which, based in Bordeaux, were to break into the Far East, carrying in both directions material of strategic importance, urgently needed for the war-fighting of Italy, Germany and Japan.

The book is illustrated with 100 photos or drawings and 15 maps.

I. Betasom Is Formed
II. Doctrine, Ships And Commanders
III. Road To Bordeaux
IV. The First Patrols From The Betasom Base
V. Hard Winter In The North Atlantic
VI. In The Waters Between The Azores And Gibraltar
VII. The Turn Of 1941/1942 In The South Atlantic
VIII. In American Waters
IX. Twilight Of The Gods
X. Italians In The Far East
XI. Bordeaux As Base For Italian Blockade Runners Staff member
My copy arrived yesterday. From only a quick thumb-thorough, the book looks interesting. The sub drawing starting on p.251 are a nice touch as well as the maps of the vessel sinking and submarine losses. On my read pile.

My copy has arrived as well. Jeff, I agree, it looks. Rey promising and will be reading it ASAP!
Regards to all,
Bob