Looks pretty good! I really liked their Verdun game, I have high expectations for this one

I'm looking for a WW1 tank game. Any suggestions?

Aside from the arcadey games like Battlefield 1 and Cry of War, I haven't come across a really good WW1 tank simulator yet. i think there's also several WW1 mods for the Arma series that I've heard good things about.

There has been speculation that it might come to IL2 Sturmovik: Flying Circus... IL2 is a flight simulator, however they have expanded with drivable vehicles/tanks for their WW2 theaters, and it's done really well. With the volume 2 of their WW1 themed Flying Circus expansion, there has been a lot of people requesting tank module implementation, but nothing has been confirmed.

IL-2 Sturmovik: Great Battles is a historically based game. It is the next generation of the legendary Sturmovik series of WWII flight-sim games

I'll let you know if I hear anything

Updated release is Summer 2022. Developers have provided an update on the Gorizia map and I can really appreciate the time they're taking to re-create the city and the major places of contention during the 6th Isonzo offensive. 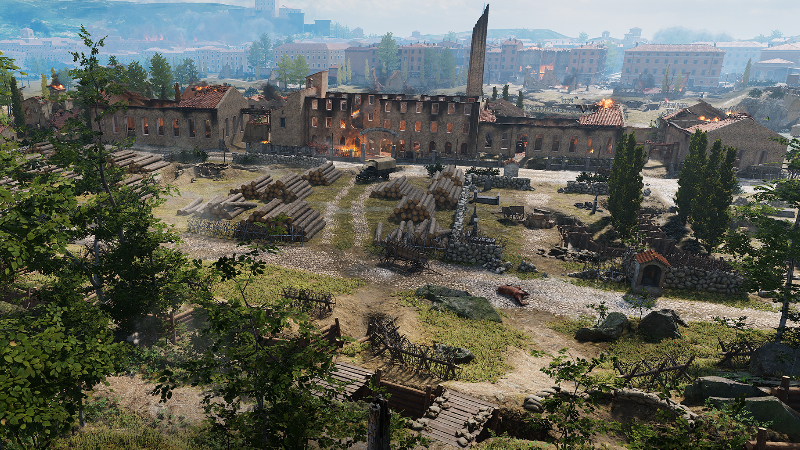 The Gorizia map is the focus of today’s Isonzo Intel, but we’d also like to share that the launch is set for Summer 2022!